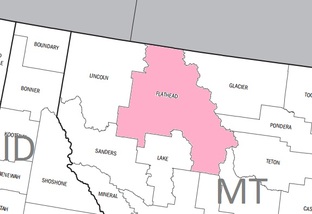 Flathead County was created out of Missoula County in 1893 because of the long distance to Missoula. The county originally had about 8,500 square miles, but now has 5,256 square miles. Kalispell became the county seat in 1894.

Marriage records began to be recorded in the Flathead area in 1892, before the area became a county.  In 1893 the county began filings of land, probate and court records.  Birth records were added in 1895.

Check out our Obituary Section:  Obits from 1968-2018 are completed.  Also be sure to look at the Trinity Lutheran Church Records.  We are currently working on 1947 newspaper records.  Also 1999, 2005, 1998, 1948 birth, marriage, military newspaper records.
​
New: 1943-1946  Newspaper records-  Check out the military section.  We tried to list any mention of all that were in the military.
If you ever see anything that is not tied correctly, please let us know.  We want this MTGenWeb site to be the best that we can make it.  Just contact us through the contact form with the problem and we will try to fix it right away.
Be sure to visit MTGenWeb Archives for more genealogical information. 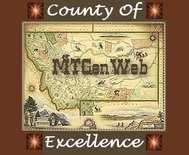